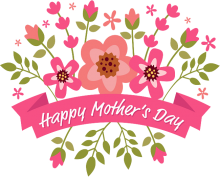 One thing that I have learned during my 31 years of being a mom is that one unique gift God has given to mothers is their keen sense of perception and the ability to know when and when not to be concerned.

When my children were younger and lived at home, I could tell by their cries, their body language, or their mannerisms when there was a serious problem. However, I found that as my children have become older and have moved out of state, I usually can tell by the first few words of a phone call or the opening line of a text when a situation is serious.

So a few months ago, when our middle son began his text to our family group chat with the opening line of, "You guys are not going to believe this, Finn fell and can’t walk and we’re stuck in the middle of the desert... " my mother's intuition immediately deployed.

Over the past few years, my middle son has taken up the hobby of hiking, often with his beloved 85lb. dog, Finnegan, accompanying him. As a travel nurse, he has enjoyed hiking all around the United States as each new assignment brings new hiking adventures. However, during a hike in Scottsdale, Arizona, a few months ago, Finnegan lost his footing four miles into the hike. The fall resulted in the inability for Finn to put any weight on his back right leg. Loving that dog with every ounce of his body, my son carried the 85lb. dog for about two miles through the Arizona heat and desert. Knowing he still had two more miles to go, his aching back finally made him surrender and call for help. With only 10% remaining on his phone battery (I gave him an additional back up battery pack for Christmas that he left plugged into the wall of his home, but that’s another story!), he called the local fire department and then texted us to let us know what was going on. Due to his low phone battery and the rescue team needing to pin his phone to locate them, he told us he would let us know once help arrived. For four long hours, which felt like an eternity, we waited to hear they were okay.

For the first two hours, watching our St. Matthew Boys Basketball teams helped to distract me, but the silence from Arizona was causing our entire family to speculate the worse case scenarios. One child was researching what time the sun would set in Scottsdale, while another was informing us how many poisonous snakes inhabited the Arizona desert, while another was reading about people who got lost in the desert and were never found; all of which were very informative pieces of information, but not necessarily comforting.

Not knowing if the fire department was able to locate him before his phone died, I was fervently praying when it occurred to me that my son’s Chevy truck was equipped with ONSTAR. As I called their emergency number, God led me to the most compassionate and kind ONSTAR representative, and I’m certain we could have made a beautiful ONSTAR commercial from our conversation! Sure enough, she was able to locate his truck and told me that she would contact the local authorities to be aware of the situation. Keeping me on the line, the dispatcher reassured both of us that they had just returned my son and his dog to my son’s truck. The fireman on the scene then told my son, “You need to call your mom right now!” When my phone lit up with his name on the screen, I immediately burst into tears of relief to the point I couldn’t even speak. Our family now jokes that “somehow, some way, Mom will find you!”

Moms are perceptive but our gifts are limited. What a joy and a blessing to know that we have a Heavenly Father who is always with our children and always watching over them when we can’t.

This Mother’s Day, we celebrate and honor our moms! Thank you so much for all that you do to love unconditionally, serve with a selfless heart, invest into your child’s development, pray without ceasing, and, above all, point your children to Jesus in all circumstances.
You are such a beautiful example of God’s love!

In His Love,
Mrs. Palka